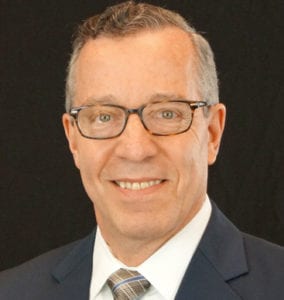 The Board of Directors of Del-One Federal Credit Union is pleased to announce the appointment of Ron Baron as President and Chief Executive Officer of Del-One Federal Credit Union. Ron had been serving as Interim President/ CEO since April of 2019, and had previously served as the Chief Financial Officer of Del-One since June of 2018. Prior to joining Del-One, Ron served as Senior Vice President and Chief Financial Officer for Azura Credit Union in Topeka, Kansas. His career also includes serving as Chief Financial Officer for two publicly-traded community banks in Virginia and as Senior Vice President and Treasurer at Benjamin Franklin Bancorp, Inc., in Franklin, Massachusetts. He also served in financial management positions at Bay Loan and Investment Bank and Bank of New England-Old Colony, N.A., and as a Credit Officer for the Federal Deposit Insurance Corporation

Mr. Baron is involved in several community organizations including local Rotary Clubs. He and his wife Beth reside in Dover, Delaware.

Nancy J. Shevock, Chairman of the Board, states “The Del-One Board of Directors is pleased that Ron has accepted the position of President/CEO and we look forward to working together on behalf of over 68,000 members (and growing) of Del-One. Our 11 convenient locations throughout the State of Delaware represent our commitment to serving our members and we know that under Ron’s leadership we will continue our tradition of service of excellence. The staff of Del-One has been extremely gracious in welcoming Ron as their new leader.”